Satellite is a wireless communication infrastructure providing broadcast, broadband & interactive services using frequencies that are part of the electromagnetic spectrum. Most are shared with terrestrial wireless systems. The International Telecommunication Union, or ITU, is the United Nations institution whose Member States act together as global spectrum co¬ordinators. The ITU has allocated parts of this spectrum range to specific categories of services, and has identified those frequencies best suited for transmissions via satellite. While some bands are exclusively dedicated to satellite transmission, most are shared with terrestrial wireless services. As satellites transmit concurrently across borders and continents, instantly establishing connections over thousands of kilometres, the identified frequencies must also be available concurrently across the whole satellite footprint. Overall, satellite is one of many users of radio spectrum.

Satellite coverage is always international and some bands are exclusively dedicated to satellite transmission. Satellites transmit simultaneously across borders and continents, and their allocated frequencies must be available simultaneously across the whole satellite footprint to ensure availability of the same services across and beyond the borders.

Different frequency bands are suitable for different climate conditions and types of markets. It is crucial for national, regional and international regulators to recognize that technical limitations prevent satellite services from moving or expanding into alternative bands.

Satellite access to radio spectrum must be upheld as a political priority. The satellite functionality first and foremost depends on international governance of radio spectrum, which goes hand in hand with the unique ability of this infrastructure to reach and connect millions of citizens across borders at any given time.

Challenges for the Years to Come

Considering the unique reach of satellites and the reliance that both governments and citizens now place on them, ensuring reliable satellite access to radio spectrum must remain a political priority. The following principles are critical: 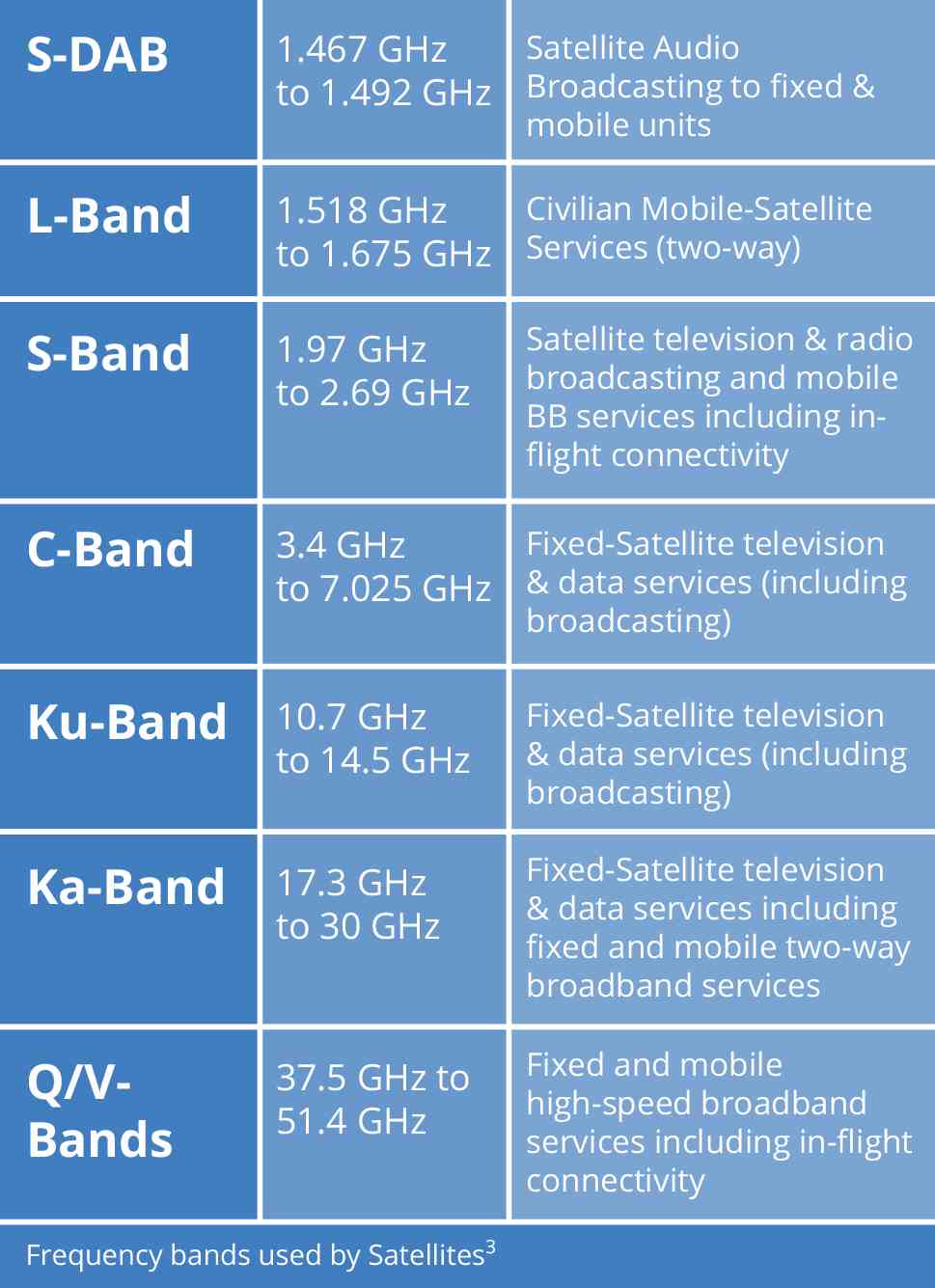